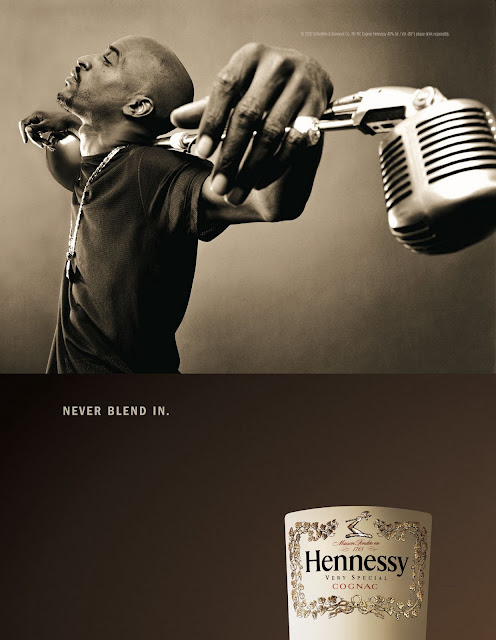 The independent shop was not believed to be on the original list of contenders—a lineup that people familiar with the pitch said included Interpublic Group of Cos.’ McCann Erickson; MDC Partners’ Kirshenbaum Bond Senecal & Partners; and an agency team compiled by Havas. But in the end Droga5 walked away with the account, which tallied $9 million in domestic measured media spending last year, according to estimates by Kantar Media.

Incumbent agency WPP’s Berlin Cameron was invited to pitch but declined to participate.

Hennessy, owned by luxury conglomerate LVMH Moet Hennessy, did not comment on the process, other than to confirm Droga5 as the winner. Agencies either declined to comment or could not be reached.

The brand, founded in 1765 by an Irish aristocrat, has in recent times been bolstered by popularity in the hip-hop community, but seems poised to try to broaden that base to all urban consumers.

This will go on to the end of time. Blacks have a major influence on youths all cultures cross over to hip hop so they capitalize on it. From P. Diddy to Snoop Dog.

Find a major socialite throw money at him and make him influence his tribe. We can all stop this tomorrow and don't buy the brands. But everyone wanna look cool and be a music mogul so they follow

It's really a sad statement. WE MADE THAT BRAND!

We called it Henny and rapped about, danced to it, got drunk off it and made it as prestigious the finest things in the world. And we didn't pitch this account? Try and sneek in like Droga5 did?

Worse still is wasn't offer to or a black agency invited into the account pitch?

Oh Like you say we make our own lot.