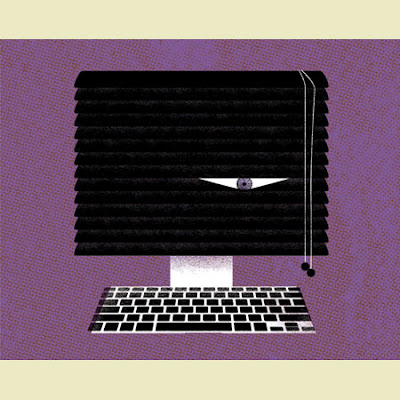 From the Ad ContrarianAs all AdContras know, the marketing and advertising industries have been hijacked by web-addled digi-maniacs who don't know a fact from a fart.


Those of us who like to operate our businesses on the basis of facts, not "buzz"' and baloney, are in an ongoing state of war with web marketing hustlers and their endless feedback loop of misleading information.

So, as a service to my loyal, long-suffering AdContras, I have put together the Top 10 Double-Secret Unknown Facts About Advertising. It is a little crib-sheet to help you fight the forces of ignorance and trendiness wherever you may find them.

2) TV viewership is now at its highest point ever.

6) The difference in purchasing behavior between people who use DVRs to skip ads and those who don’t: None.

8) Since the introduction of TiVo, real time TV viewing has increased over 20%.

9) Baby boomers dominate 94% of all consumer packaged goods categories. 5% of advertising is aimed at them.

10) TV viewers are no more likely to leave the room during a commercial break than they are before or after the break.


//
https://sites.google.com/site/mayuradocs/PinIt.png
Email ThisBlogThis!Share to TwitterShare to FacebookShare to Pinterest

The Audacity of Color said...

Wow! Ok this is soooo interesting. I really do want to put this up in my cube. I'm the first one advocating shifting dollars away from TV to the digital space so I really needed to see this.

Thanks so much for sharing!

I just told someone, there is not a lot of online shopping going on. Most people like to go to the store so they can touch and feel what they are getting. I know I do, and I have one of those TiVo things, and I don't even use it at all. OK maybe once or twice.

I used to love my tivo. now it just sucks! But I will shop online for hours and never buy. I will go to the shops and act da fool.

But I too feel like online is the future.

this is great that you compiled this. it reminds me of an article explaining how companies like amazon and barnes&noble are trying to make it seem like a growing number of people are using ebooks over print when its just not happening at the rates we think it is. "Traditional" media is still king.

acn, i only wish I compiled this. it was done by the ad contrarian, see a link at the top of the article.

@Craig, that's what I'm talking about, go to the store..I'm buying like crazy.