Homogeneity Is the Enemy of Creativity 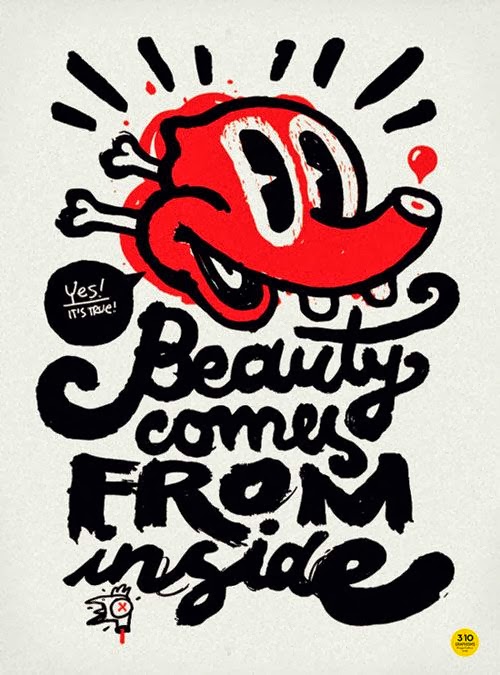 So why are we so male? And so white?
by Kat Gordon from http://www.commarts.com
I get paid for ideas. You likely do, too. Given that original thinking is our livelihood, you would think we would care just a little about creating atmospheres primed for aha moments. Yet we don’t.

Sure, we have physical environments that scream innovation—with open floor plans, foosball tables and natural light. But the people who inhabit these spaces look eerily similar. As my friend, Scott McAfee, managing partner at Sanders Wingo, says, “We know what advertising creatives look like: white guys with goatees and messenger bags. There have been more dreads and tattoos of late, but you get the idea.”

WHO CARES WHAT CREATIVES LOOK LIKE AS LONG AS THE WORK IS GOOD?
Agreed. Yet research has proven, again and again, that the “good output” of homogenous teams falls short of the great output of diverse ones. A National Academy of Sciences study shows that functionally diverse groups outperform homogeneous groups—even if the homogenous group is comprised of “higher ability” problem solvers. The Federal Glass Ceiling Commission, founded to investigate the presence and effect of diversity in big business, concluded that diversity has a positive impact on the bottom line. Deloitte’s “Women in the Boardroom” research proves that having women on boards leads to healthier stock prices. Countless studies bear out what seems to boil down to this: otherness is good for outcome.

Someone agreeing with me, thinking like me, reinforcing my train of thought—while reassuring at a cocktail party or during pillow talk with a partner—is not the stuff of big ideas. True breakthrough thinking launches with “what if” and “why couldn’t” and “I see it differently.” There should be some tension, struggle and compromise in the birth of a great idea.

Yet look at creative teams within most agencies and you will see primarily male faces—almost all of them white. Look at advertising holding companies and sitting on their boards you will see more white, male faces. Only three percent of creative directors are women, and according to the Madison Avenue Project, less than six percent of advertising managers and professionals are African-American.

WHAT HAPPENS WHEN MARKETERS LOOK NOTHING LIKE THE MARKET?
It ain’t good. While individual contributors may have the necessary skills and talents, having so many of the same types of folks leads to groupthink, and by a group not reflective of the consumer market-place. The lion’s share of spending in this country is controlled by women, regardless of the category (not merely “mops and makeup”). Even if a woman works and earns more than her husband, her consumer influence still trumps his. Even if the purchase ends up on his credit card, she is more likely to be the decision maker, doing the social checking before the purchase. Yet the advertising that is supposed to motivate her springs almost entirely from a male sensibility. No wonder 91 percent of women said that advertisers don’t understand them, when surveyed in a recent Greenfield Online study.

IT’S TIME AD AGENCIES LEARN WHAT THE REPUBLICAN PARTY FAILED TO GRASP.
News flash: America is not overwhelmingly white. Or male. Women make up 52 percent of our citizenry and non-white babies are the majority in births today. We’re a mixed-race society, with new notions of marriage, and with women being the majority of the workforce for the first time in American history. The Republicans learned these new truths the hard way in the last election. Agencies seem to be assuming a similar ostrich position, and the consequences can be equally dire. Doing business the same way that Sterling Cooper did has consequences today. We miss deep connections with consumers. We waste clients’ money. And we fail in a way that should hit every creative hardest: we produce work that we like, that mostly male ad juries like, but which doesn’t appeal to the audience it was intended to motivate. That, my friends, is a failure. To the tune of billions of dollars annually. And it’s preventable.

LEAN IN CLOSE FOR THE ANSWER: DISCOMFORT.
Get uncomfortable. Rethink the Rolodex hire. Take inventory of your people. Take a closer look at your clients’ market. Are they 97 percent white males? Highly unlikely. IDEO knows this. Agencies like Sanders Wingo and Deutsch know this. Even stodgy Morgan Stanley knows this, evidenced by their new “parity portfolio”—an investment vehicle comprised of companies with three-plus women on their boards.

Surprisingly, Apple does not. Nor do most advertising award juries, which are still dominated by white men. It’s time for you—agency person—to learn the new math and secure your survival. I wish you luck. ca
https://sites.google.com/site/mayuradocs/PinIt.png
Email ThisBlogThis!Share to TwitterShare to FacebookShare to Pinterest