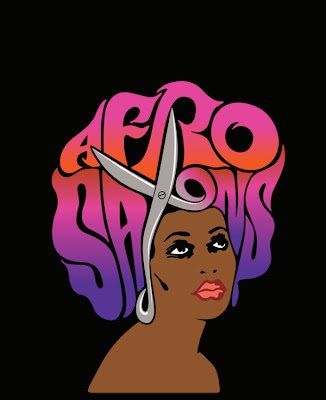 It screened at the ongoing Afro-Punk Festival in Brooklyn, NY yesterday, in what I believe was its first non-UK premiere, but I was busy elsewhere, so I missed it.

In short… 7 years ago, Black British filmmakers Rachel Wang and Mark Currie, formed Chocolate Films, to develop and create their own projects. Much of their documentary work is about the diverse array of peoples and communities who live and work in London. Afro-Saxons, produced in 2008, is their debut feature length documentary. It screened in limited release in London last fall. No DVD on the market yet.

Afro-Saxons follows four Afro hair salons from across the UK, as they prepare for the prestigious Black Beauty and Hair Awards. Described as as “a warm inspirational and touching film that delves into the professional and home lives of the stylists while they express themselves with mind-blowing gravity-defying hair designs.”

Watch the trailer below…

Picked up and blown out @ Shadow and Act https://sites.google.com/site/mayuradocs/PinIt.png
Email ThisBlogThis!Share to TwitterShare to FacebookShare to Pinterest
Labels: Afro Saxons, Movie

Wow! This is so awesome. I've seen several things about black hair recently, which is exciting. We'll see what comes of it!

I heard about this film but I did not get to see it when it was released last year. They need to get it out on DVD quick.

Wow, thanks for the heads up, this looks great. I'll be watching for the DVD. ( And for an American audience, it would help break up the idea that "British" = "white.")

this is like the BET joint Tears and Shears or something like that. i like this for US folk b/c we are so disconnected from Black Brit culture, though African-Americans are very influential in it.

Jennifer, I can't wait to see this, I love the hair and hair care projects... even though I shave mine off.

Ondo Lady, DVD would be ideal for me to see this.

ESI, That BET film was outrageous. A better connection between people across the pond and this side would be great. That cultural pipeline would be massive!