US Democrats get new look for the November vote 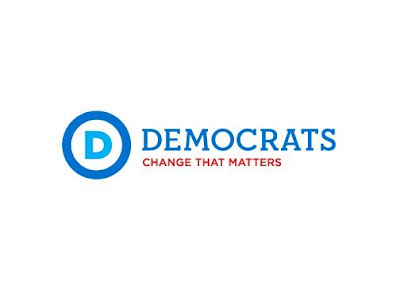 WASHINGTON — The leadership of President Barack Obama's Democratic Party unveiled a new party logo and slogan on Wednesday, less than two months ahead of mid-term elections in which rival Republicans are expected to make large gains.
The Democratic National Committee's new slogan is "Change that Matters," and the revamped party website at www.democrats.org features a light blue capital D on a white background inside a blue circle.
The previous logo, which featured the letters DNC, dated from the 1993-2001 period when Democrat Bill Clinton was president.
"We're switching the look that has been in place for a decade from a focus on the DNC ... to a focus on the people, Democrats," DNC Chairman Tim Kaine told NBC News.
"More than 75 million Americans proudly claim to be Democrats," he said.
The site on Wednesday featured, among other things, a picture of Obama and dates of upcoming rallies where he will be present.
The change comes ahead of the November 2 mid-term elections in which polls show that Republicans will score gains at state level and in congressional and senate races.
https://sites.google.com/site/mayuradocs/PinIt.png
Email ThisBlogThis!Share to TwitterShare to FacebookShare to Pinterest

Its simple and to the point, I guess it works.

Only problem, the new logo (and it IS cool) represents the same old thing.

Love the blog, Craig. Keep it up, man.

I think it's boring with a great modernist appeal.

I've heard a lot of folks say that the new logo looks too much like something you'd see in the subway.

That's why I think it's brilliant. It immediately conjures up the idea of a journey with a destination, and a fast train that can get us there sooner than later. Love it.